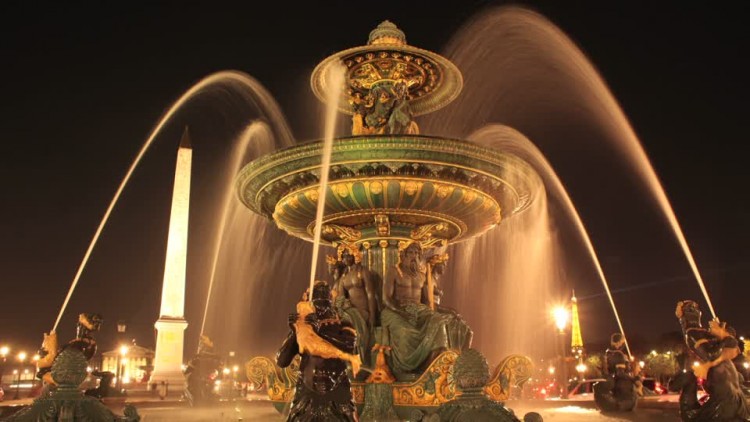 The Concorde Square is at the east end of the avenue of the Champs-Elysées near the Louvre and the Tuileries gardens. Two buildings are on one side of the square, the Hotel of the Navy and the Hotel of Crillon where was signed in 1778 the Treaty of Friendships and Exchanges between Louis XVI and the 13 States Independents of America represented by Benjamin Franklin.
The Concorde square is occupied in its centre by a Egyptian obelisk exalting the reign of the pharaoh Ramesses II. It is one of two the Egyptian gave to the French in the 19th century. The other one stayed in Egypt.
On either side of the Champs-Élysées, are the Marly horses. There are eight statues representing the eight major cities of France; Brest, Rouen, Lille, Strasbourg, Lyon, Marseille, Bordeaux and Nantes.