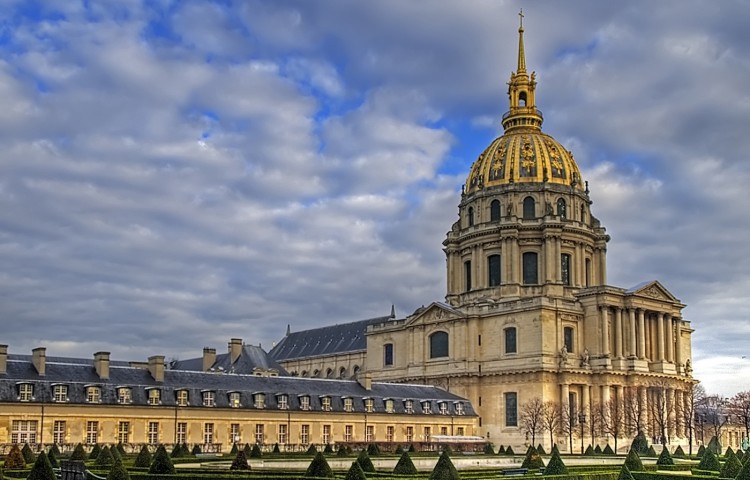 The Invalides are buildings on the left bank of Paris containing museums relating to the military history of France, as well as a hospital for war veterans. Louis XIV commissioned Mansart to construct a separate private royal chapel referred to as the Église du Dôme. Inspired by St. Peter's Basilica in Rome, the original for all Baroque domes.
In the chapels are the tombs of Napoleons brothers Joseph and Jérôme and beneath the cupola is buried Napoleon I, which was returned from Saint-Helena in 1840 through the efforts of King Louis-Philippe.