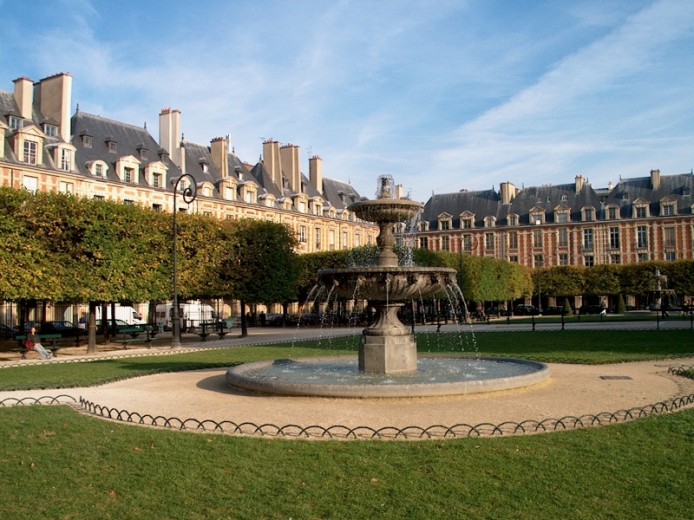 Le Marais is the central location of Paris between Bastille, Georges Pompidou Centre and Les Halles and spreads across parts of the 3rd and 4th districts. The Marais is famous now to be one of the city main localities for art galleries, trendy restaurants, fashion houses, and hype galleries.
There is a growing gay presence as evidenced by the existence of many gay cafés, nightclubs, cabarets and shops.
Many Parisians consider The Place des Vosges as one of the most beautiful square in the city it was a meeting place for its elegant and wealthy population in the XVIIth century. The Place des Vosges also features a peaceful garden. It is a good starting point for shopping in the rue des Françs-Bourgeois nearby.
Also in the neighbourhood the Picasso museum, the Musée Cognacq-Jay and also the Carnavalet Museum.