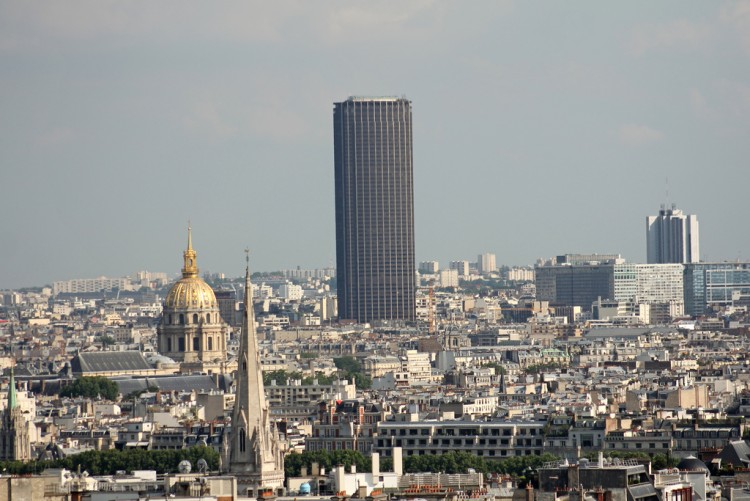 Montparnasse is located on the left bank of the river Seine between the Rue de Rennes and boulevard Raspail. Montparnasse became famous at the beginning of the 20th century, when it was the heart of intellectual and artistic life in Paris. In Montparnasse's heyday the cafés Le Dôme, La Closerie des Lilas, La Rotonde, Le Select, and La Coupole—all of which are still in business— were the places where starving artists could occupy a table all evening for a few centimes.
The Montparnasse tower was built between 1969 and 1973. This changed however when the 210 meters tall Tour Montparnasse was completed. The 58 floors of the tower are mainly occupied by offices, while two floors are open to the public for viewing the city; the 56th floor with a restaurant, and the terrace on the top floor. In 2023 the tower will ne totally renovated with a brand new facade.